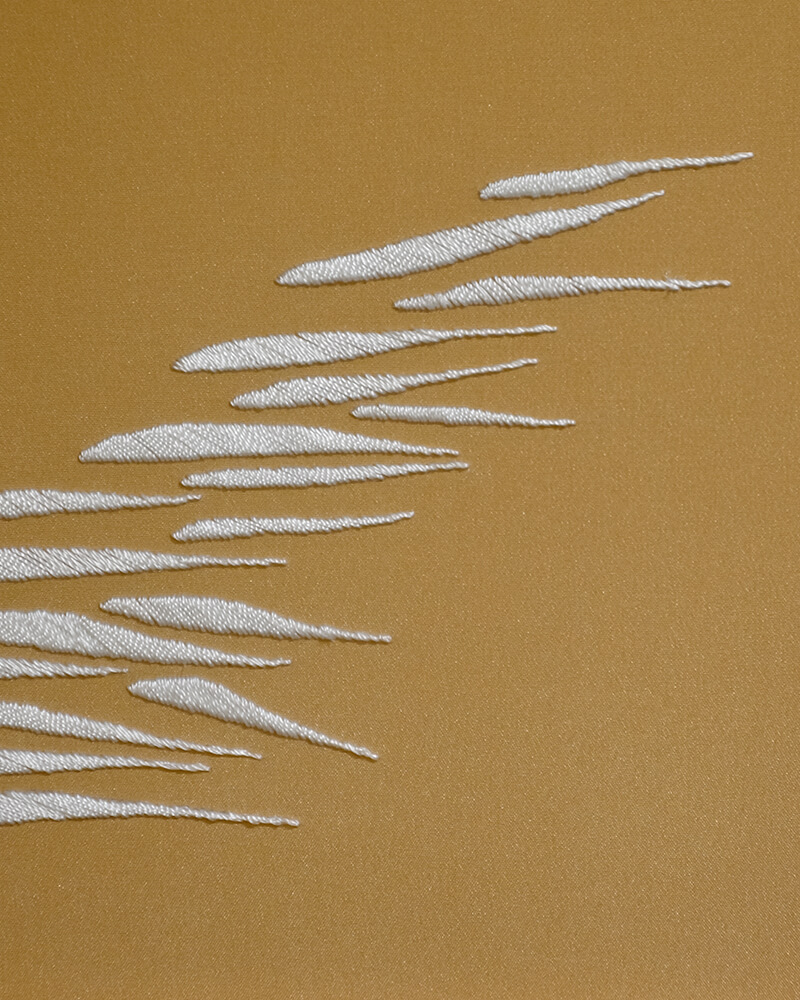 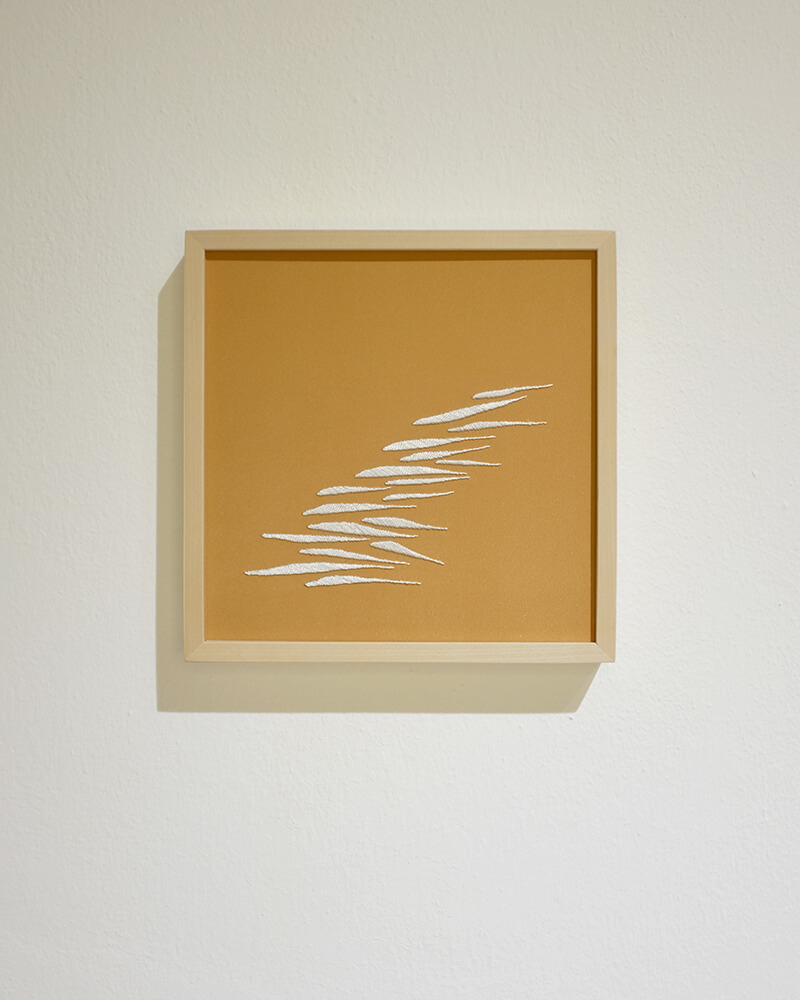 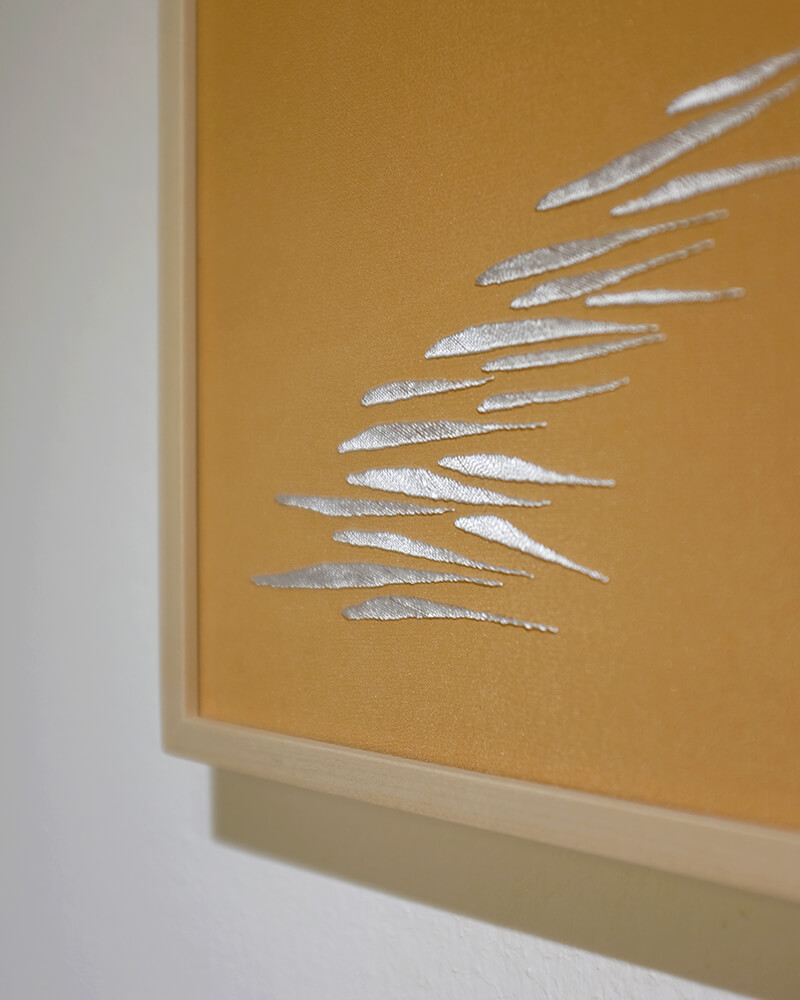 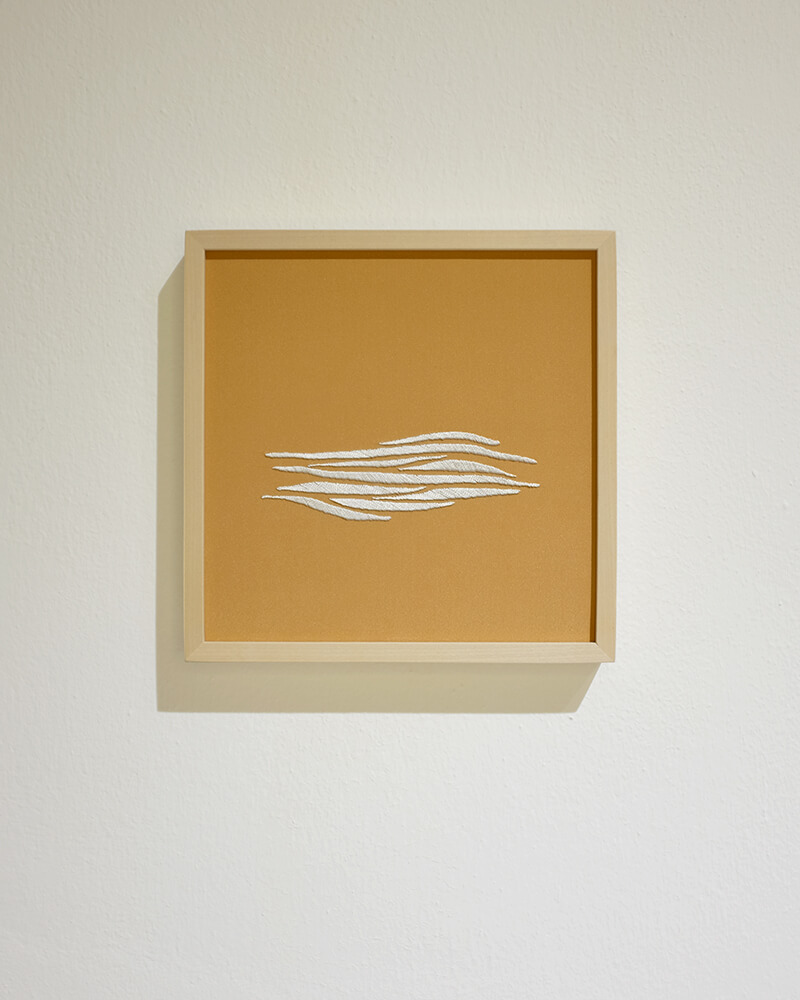 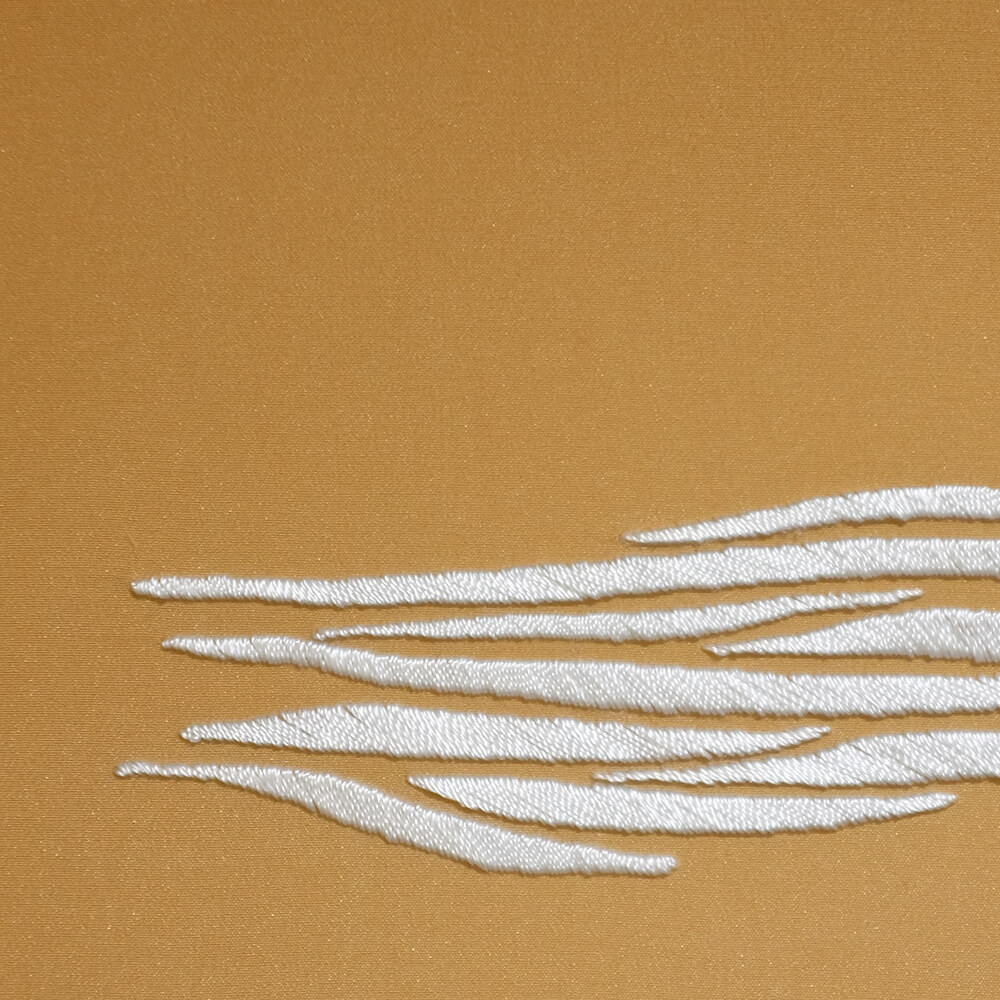 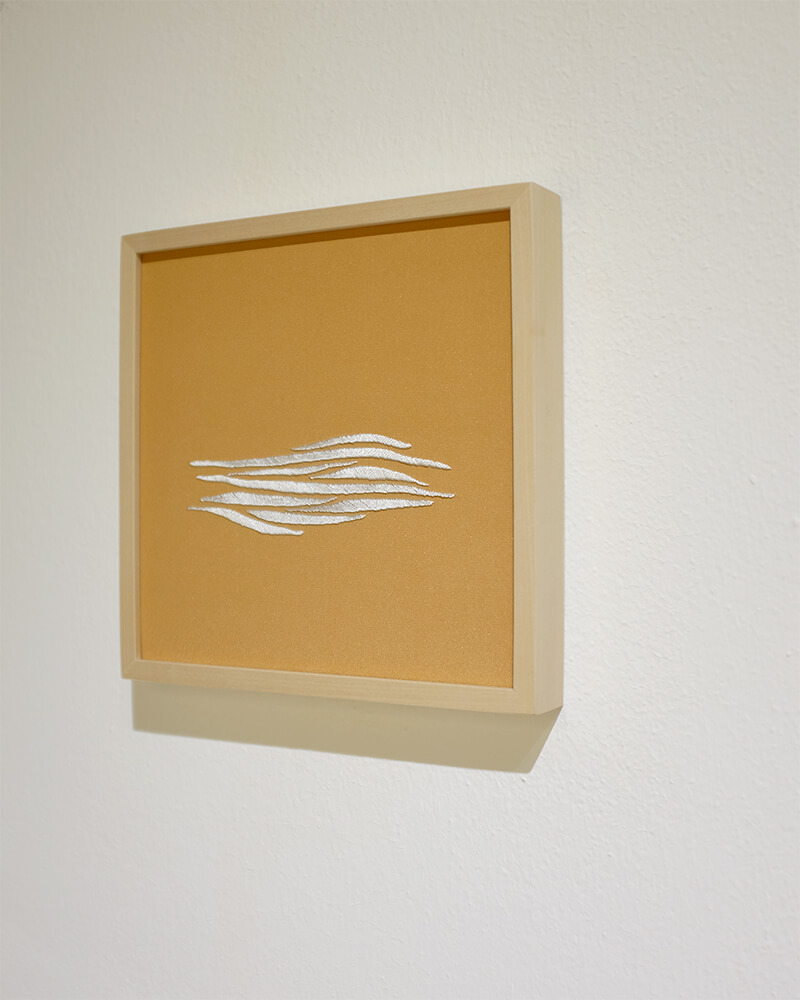 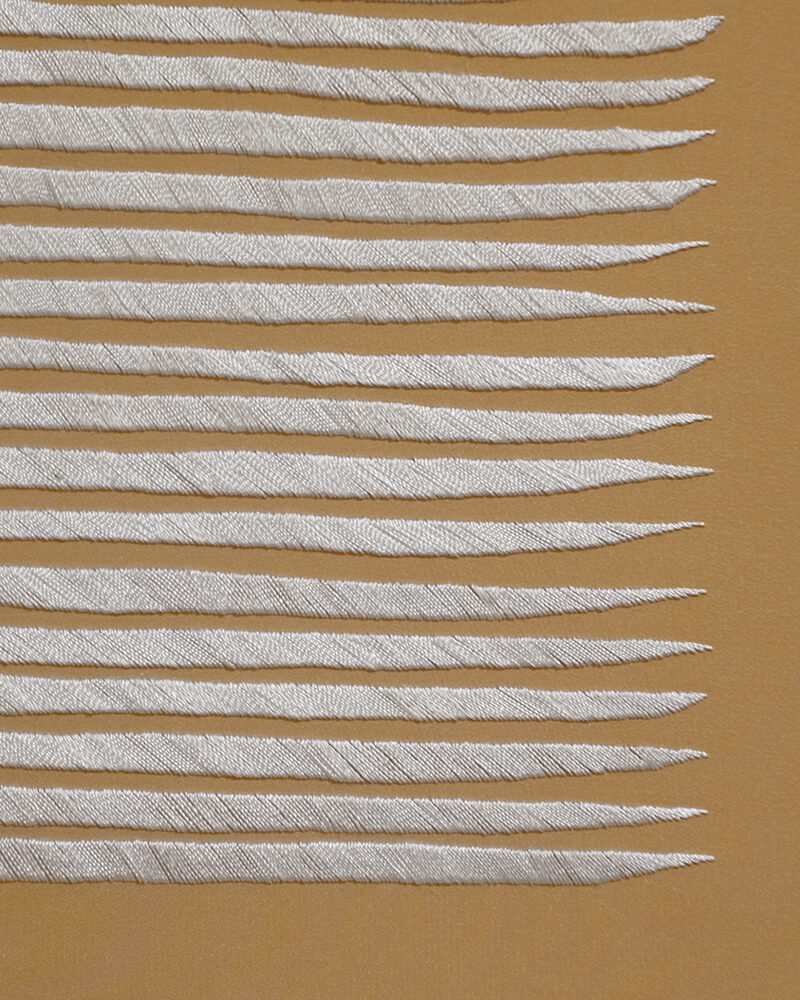 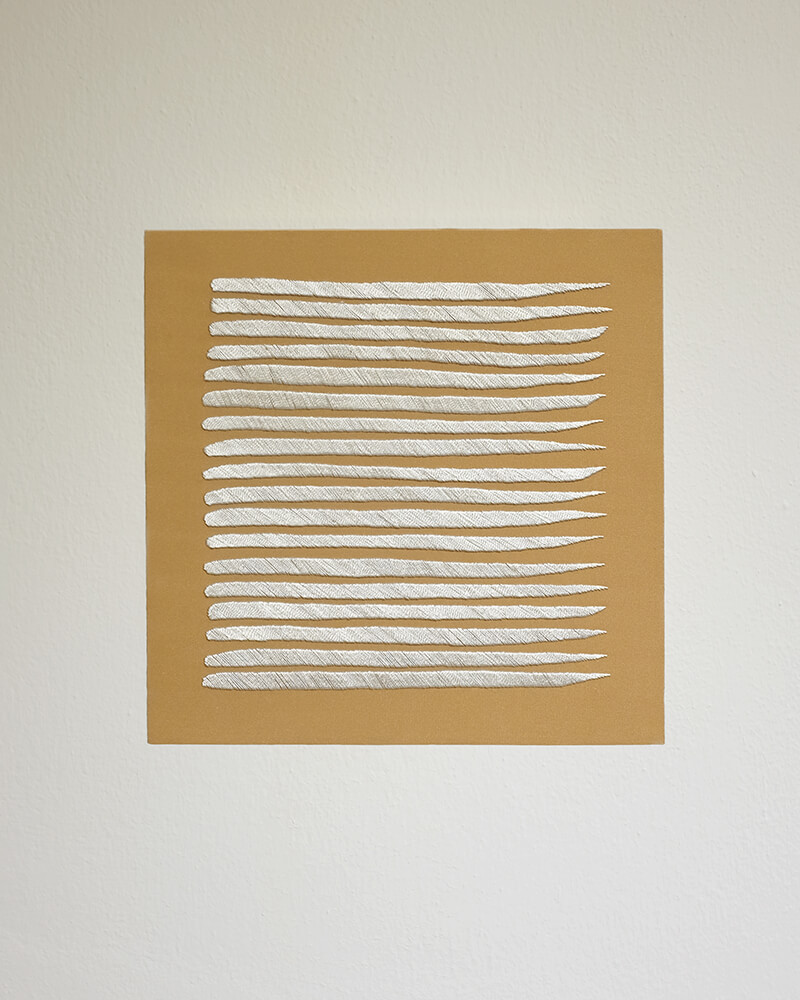 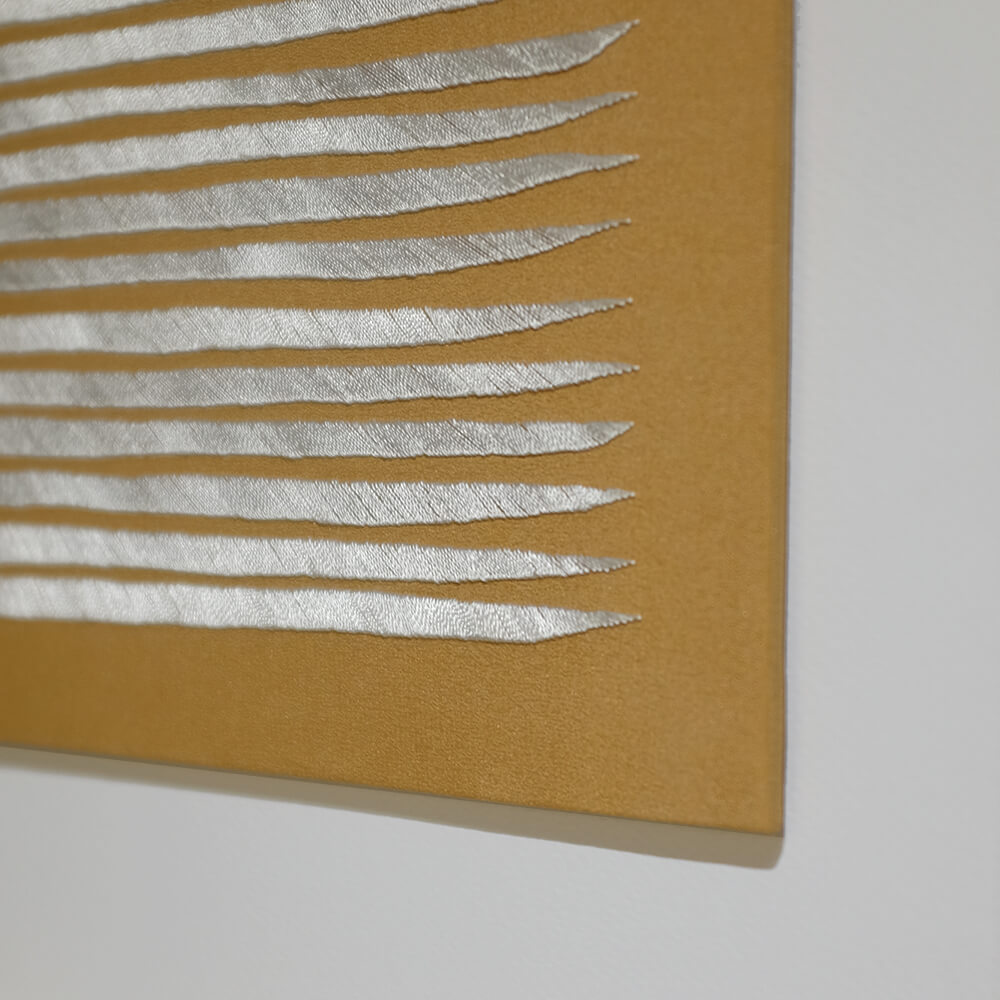 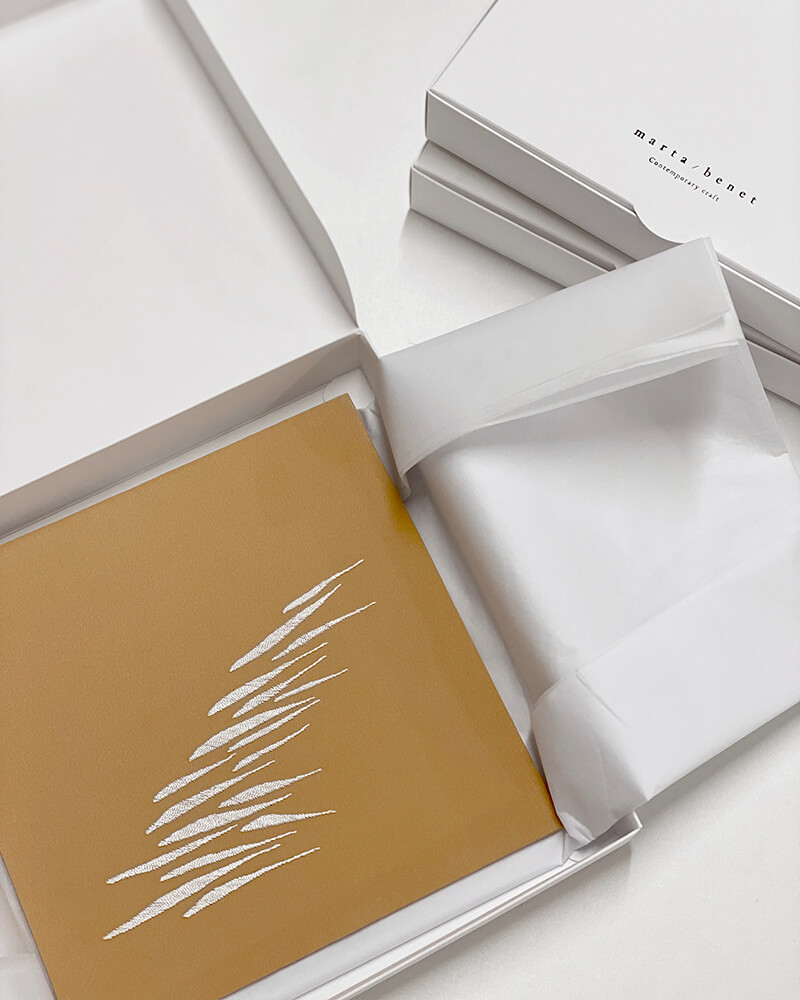 The marks left by the craftsman, voluntary or involuntary, are the statement that that object was made by him. Already from the times of Ancient Greece (around the VII sec. a. C) you can find the first signatures on ceramics with the Latin fecit inscription, just to indicate who was the author of that artifact. On other occasions, as in the case of Iberian ceramics, that ‘signature’ was made in a manner of brushstrokes both as a decorative element and as an identifier of its author. But even the involuntary signs like the irregularities of their technique were a kind of ‘brand’ and then evolved into decorative elements.

This series of works reflects around this need of the craftsman to leave his mark, as an affirmation of his being, as an extension of himself. This idea has been applied on different supports, from terracotta to canvas, directly engraving signs or strokes on the surface or embroidering them.

In the embroidered canvases, the drawings are conceived as a reference to the engravings made on the ceramics of the same series. In this case, the silk fabric is worked as a canvas on which the design of the engravings is embroidered by hand. The technique used is the same one used to embroider the Mantón di Manila (Sciale di Manila, a traditional Spanish garment), so that the design is visible on both sides of the fabric.